For system building from 8 to 32 zones, with 100 metre range at 4K, autodownscaling to 1080, MHUB-S is HDANYWHERE’s solution for larger projects such as premium residential and light commercial, pubs, retail and the like.

Designed to be super simple to install and setup via the uControl App, featuring full control over all connected source and TV functions, including system-wide sequences such as ‘all on’ or ‘all off’, as well as sequence scheduling as a value-add, free onboard function. 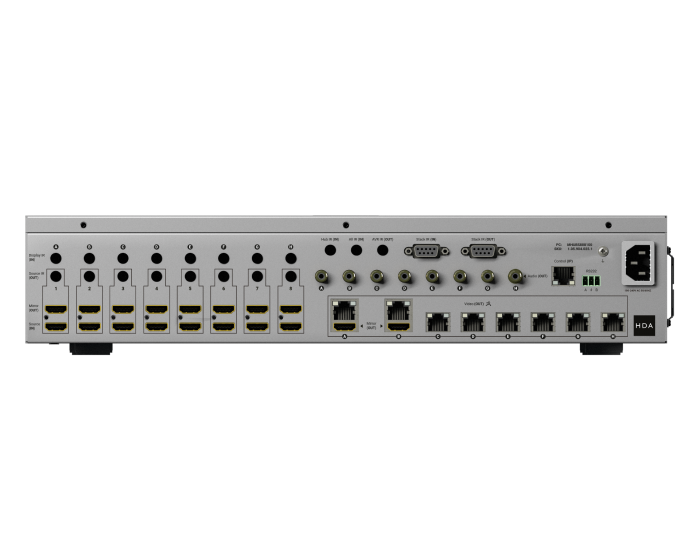 MHUB S is HDANYWHERE's solution for bigger projects. With up to 32 zones of video and control included, MHUB S is cheaper and easer to install than AV over IP.

Supporting 100m of full-fat 4K range and no need for a control system, there's finally an alternative to AV over IP.

MHUB-S can be used as an ‘expansion matrix’ stacked with other MHUB models such as MHUB PRO 2.0 or MHUB U. This allows an installer to create hybrid systems that deliver a mix of functions for each zone’s need. For example a 4x4 MHUB PRO 2.0 can be combined with an MHUB-S to deliver up to 12 zones of video, with 4 having the ARC functionality found on the PRO 2.0.


Easier than AV over IP.

Your time is important. A project may involve the procurement of hardware, infrastructure, control, and installation - this takes time and effort. MHUB S and a Zone Processor (if you're stacking systems) is 2 SKUs, and everything needed is included inside the box. Building a 8x16, 8x24, or 8x32 system is the same difficulty as setting up a single MHUB.

If your project has less than 32 screens, then MHUB S offers exceptional value for money compared with other methods of distribution, because there's no requirement for a switch, and control is included.

Control everything connected to MHUB S with uControl - HDANYWHERE's control app. With video distribution delivered by MHUB S, there's no need to spec a control system if you (or your customer) doesn't want to. Instead control the entire system from the app, whether its turning off all displays, switching to certain combination, or scheduling sequences so that displays turn on at a certain time on weekdays.